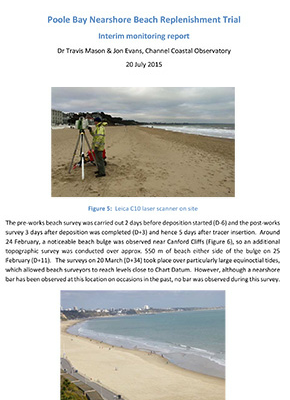 Project videos from the team 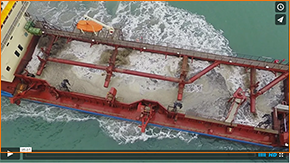 Borough of Poole has been awarded £260,000 funding to trial a beach replenishment process that could make future projects more economically and environmentally sustainable.

Poole Bay overview: the area shown in the detail map (below) is marked in red

Detail map approximately 30,000 cubic metres of dredged material as close as possible to site A on a set grid pattern.

The funding enables a trial to investigate whether relatively small amounts of sand placed on the seabed close to shore can be moved on to the beach by natural wave forces.

It is hoped that a trickle feed of sand on a regular basis will stabilise beach width in Poole Bay and provide a more economically and environmentally sustainable solution to traditional beach renourishment solutions. This is the first trial of its kind in the UK and the findings could become important at a national level.

The trial started with the placement of approximately 30,000 cubic metres of sandy material offshore at Canford Cliffs between 9th - 14th February.

The sandy material was provided by Poole Harbour Commissioners, dredged from within the main channel of Poole Harbour and placed as close as possible to site A as indicated on the detail map (below right) on a set grid pattern.

The Coastal Channel Observatory (CCO) have begun their surveys to trace the movement of sand on the seabed. Over the next few months they will also be carrying out topographic surveys on the beach, bathymetric surveys in the water, and we will be taking photographs from fixed points overlooking the beach on a regular basis. 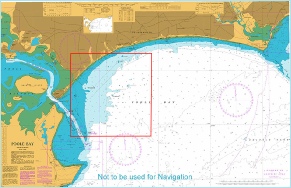 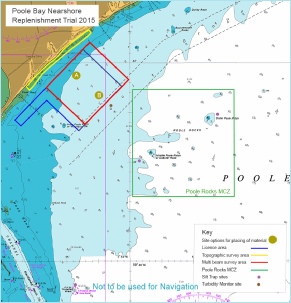 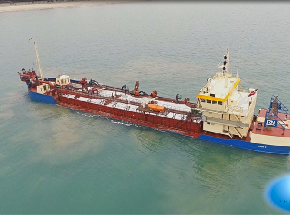 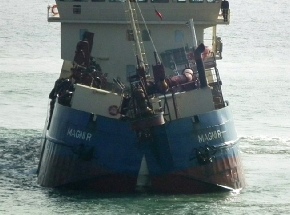 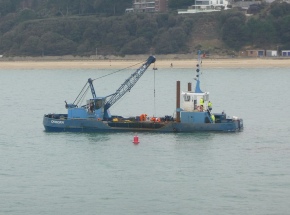 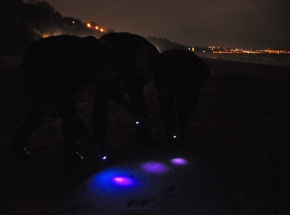 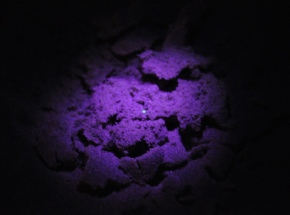 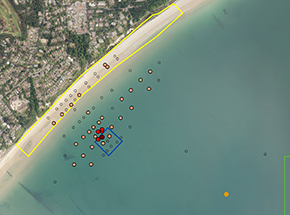 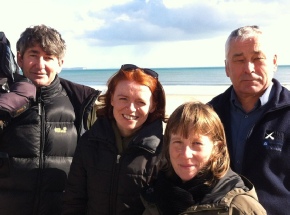 Play the video for an explanation of the trial and to see the Tracer sand under UV light.

Beautiful sandy beaches attract thousands to the south coast but maintaining them presents a big challenge. Now a project being trialed in Poole is using florescent sand to find out if the power of nature can tackle the problem.

Placing material on the seabed

Tracer Searches will record the movement of sand over time.

Placement of dredged material having been completed, the Tracer particles (fluorescent sand) are loaded into large bags and lowered to the seabed in the same area in order to track movement of the material over a period of months

Tracer particles (fluorescent sand) can be seen under a simple LED UV torch; the project team can sometimes be found scouring the beach at night looking for them! 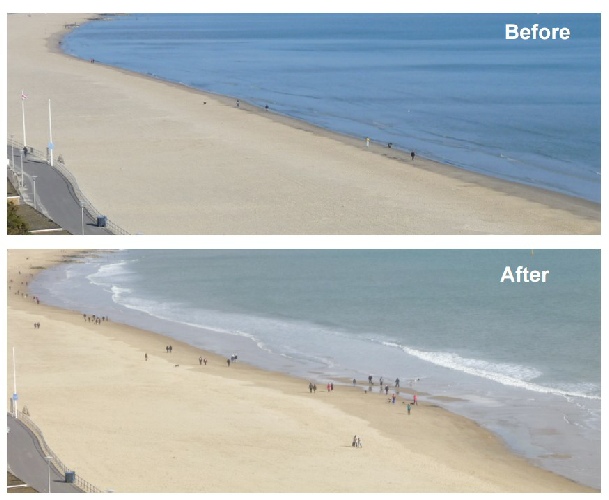 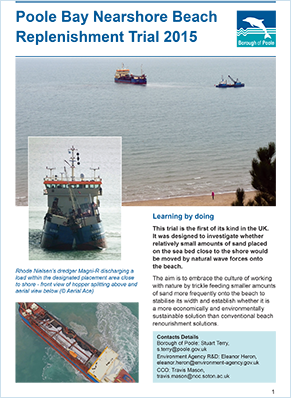 Project leaflet July 2015 explaining what we did & including preliminary observations (PDF, 2Mb) 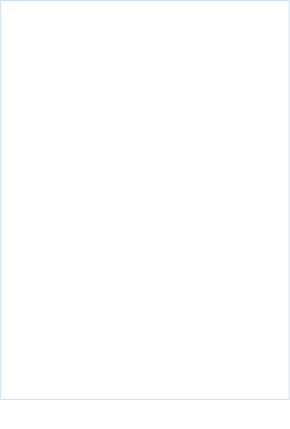 © Crown Copyright and/or database rights. Reproduced by permission of the Controller of Her Majesty’s Stationery Office and the UK Hydrographic Office (www.ukho.gov.uk).